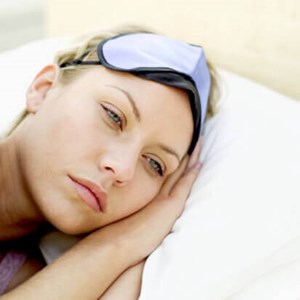 This is a collective term that includes snoring, upper airway resistance syndrome (UARS) and Obstructive Sleep Apnea Syndrome (OSAS). Surgical management was the first treatment for SDB. Some of the first subjects to undergo surgery for an anatomic narrowing or blockage of the upper airway during sleep were those afflicted with the Pickwickian Syndrome (obesity-hypoventilation syndrome). Tracheotomy was the sole surgical procedure available during this period and since it was life-saving in these circumstances, it was also used for other patients with nocturnal upper airway obstruction. Morbidity and mortality were not established except for the very severely affected, and the tracheotomy was not well tolerated or accepted by most patients even as a method to improve the quality of life, or even to extend life itself.

What we have learned about the obstructive process in sleep disorders is that nocturnal narrowing or obstruction may be localized to one or two areas, or may encompass the entire upper airway passages. Treatment centers on sleep hygiene, weight loss, dental splints and CPAP/BiPAP devices. There are also surgical procedures presently available. This will usually encompass multiple surgical procedures to minimize risks and complications, and to subsequently relieve the patient of this problem. Current established surgical procedures offer reconstruction of the airway from the nose and palatal level to the tongue base.

Indications for Treatment (Medically or Surgically)

Nearly all patients with documented SDB are candidates for surgical intervention. This mandates that the patients are medically and psychologically stable and wish to undergo a surgical procedure. Surgical indications should include the two major parameters of SDB: neurobehavioral and cardiopulmonary derangements caused by nocturnal obstructions during sleep.

Patients with UARS usually have excessive daytime sleepiness (EDS). A CPAP machine is often used as a diagnostic tool as other issues such as narcolepsy, sleep deprivation and insomnia can all be causes of EDS. The cardiopulmonary risks of OSAS have been documented when the respiratory disturbance index is greater than 20 and their lowest oxygen saturation level is below 90%. This severity necessitates treatment to lower the risk of cardiopulmonary sequelae and the increased mortality rate.

Specific Indications for Surgery include:

In patients with an RDI < 20 events per hour of sleep and excessive daytime drowsiness surgery is considered on a case-by-case basis. Our existing Stanford Protocol (Powell-Riley) is predicated on evidence-based medicine for these treatments. Clinical outcomes for all existing surgical procedures are listed below under current surgical techniques and have been validated by other centers in the United States, Europe and Asia.

Prior to any surgical procedure, a patient will need to be evaluated. This evaluation will typically include:

With the advent of the CBCT x-ray we can evaluate the airway in all 3 dimensions which greatly improves the accuracy of the treatment planning. This, along with other aforementioned methods of evaluation, will give sufficient information to help in directing surgical therapy and in addressing the possibilities for treatment or clinical outcomes. This systematic medical and surgical review will support the establishment of the following guidelines:

Rationale: Immediate resolution of obstructive breathing during sleep in most subjects.

A tracheotomy can also be done when surgery could compromise the airway, or when edema or drug therapy and CPAP is not available or tolerated by the patient. However, tracheotomy is often poorly tolerated or accepted. Nasal CPAP has been used so successfully for severe OSAS that tracheotomy has taken a second position in the treatment of OSAS. In our practice this procedure is little used and in the vast majority of cases can be avoided.

Techniques: Temporary or permanent tracheotomy methods may be employed to maintain the airway.

Rationale: An open nasal airway establishes physiologic breathing and may minimize the use of the open oral airway. It should be remembered that when the mouth is open the lower jaw auto-rotates open and allows the tongue to fall back into the posterior airway space. In some patients improvement of the nasal airway may also improve CPAP tolerance and /or compliance.

Clinical outcomes: The ease and high success rate of nasal reconstruction makes this procedure a very valuable technique for those with nasal obstruction and SDB. By itself it is not likely to make a significant impact on moderate or severe SDB such as the improvement seen with palatal or tongue base surgery. However, it is still an essential part of the upper airway that should not be ignored in the overall treatment of SDB. Correction of any defects at this level minimizes oral breathing decreases the possibilities of elevated nasal negative pressure breathing during sleep.

Rationale: The palatal and lateral pharyngeal tissues have been found to be the most compliant of the upper airway; documentation of the collapse at this level in SDB is well established.

Techniques: There are multiple methods to control this region and range from the traditional UPPP first described in the United States by Doctor Fujita (the father of sleep surgery) as well as the many variations of his original procedure. Surgical flaps, lasers, cautery or radiofrequency have also been used. Many of these techniques have poor results and for this reason we use the Powell technique for the UPPP which is reversible and has fewer problems.

Clinical outcomes: Individual results vary with the skill of the surgeon and the technique selected. The technique has not gained widespread popularity over the years due to the pain and discomfort after surgery and the varied cure rate. Many UPPP’s did clear the pharyngeal level of obstruction and were unfairly credited with failure due to the unrecognized tongue base problem (hyopharyngeal). In patients who have been carefully selected for upper airway reconstruction and whose site of primary obstruction is at the oropharyngeal level (Fujita type 1), the cure rate may be 80 to 90 %. In unselected patients this rate will fall to a low of 5 to 30%.

Definition of Responder or Cure: (Powell-Riley)

Criteria must include 1-4 below or items 4 and 5 are completed.

Definition of Phase One: Three regions of the upper airway are treated as directed by the clinical work-up, using the most conservative surgery for each, but only including treatment at that level if it was considered sufficiently obstructed.

Pharyngeal: UPPP or equivalent and tonsillectomy if tonsils present

After Phase One is complete, a period of 4-6 months is allowed for sufficient healing, weight stabilization and neurologic equilibration. Then a repeat polysomnogram accompanied with a sleep assessment and clinical examination is done to assess the clinical outcomes. Those patients who are unchanged or incompletely treated are offered either further surgery (Phase two) or medical management (CPAP).

Definition of Phase Two: This is really a misnomer as now in many cases the MMA is performed first depending on the indications. If our protocol was used previously, the only region that should remain incompletely treated is the base of the tongue.The maxillary-mandibular advancement (MMA) is the curative procedure and is the recommended treatment. In many cases the MMA may be done as the first phase treatment, especially in younger individuals.

Treatment Philosophy: The successful surgical treatment for sleep-disordered breathing should adhere to a systematic evaluation: